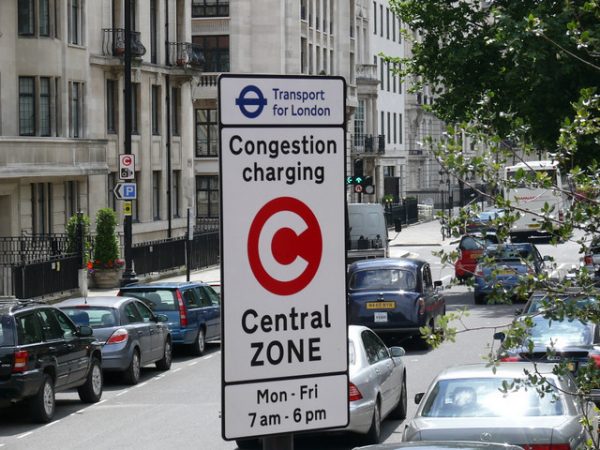 What can be done about all the traffic in LA, and in other big cities? In January, Metro CEO Phil Washington offered his opinion: “Only congestion pricing will get rid of congestion.” This might seem like a strong statement, but academic research overwhelmingly suggests that Washington is right.

For decades, governments have tried to reduce congestion in many ways — widening roads, building transit, urging people to telecommute — but pricing is the only policy that has ever made a lasting difference. For a long time, however, pricing was a complete political nonstarter. Today, as more jurisdictions are considering congestion pricing, we answer some of the biggest and most common questions.

1) What is congestion pricing?

Congestion pricing is exactly what it sounds like: a price attached to using the road, designed to make it flow more freely. The logic here is that LA and other cities suffer congestion largely because roads are valuable but also free to use. At busy times, this underpricing leads more people to use the road than there is space available, and the result is a shortage. Like most shortages, this one manifests as a queue — people having to wait. When the queue is a slow-moving (sometimes rage-inducing) sea of motor vehicles, we call it traffic congestion. Holding the price of roads at zero, in other words, leads people to overuse and congest them. Pricing the roads correctly can reduce that overuse, ease congestion, and make traffic flow more freely.

2) I’ve been on toll roads before and they get plenty congested. So how does this work, and why is it different?

The typical U.S. toll road is designed to raise revenue, either to help pay for the road itself or to pay for other public services. Congestion pricing is different: Its goal is not to collect revenue, but to ensure that a road is free-flowing. A typical toll road has a revenue target (e.g., “this road should generate $40 million a year”). A congestion-priced area has a performance target (e.g., “traffic should always move between 45 and 55 mph”). The price can then float to meet the target — if speeds are too low, it goes up, and if speeds are too high, it falls. For this reason, congestion pricing is sometimes called “performance pricing.” Its benefit does not come from revenue, instead the act of collecting revenue — the pricing itself — delivers a benefit in the form of a road system that works better.

3) Are you sure this isn’t just a way to raise revenue?

4) Have any places tried congestion pricing?

Congestion pricing is relatively rare. Where it has been used, it’s almost always a success. Singapore began charging drivers to drive into its central business district in 1975, and continues to do so to this day. London launched a pricing program in 2003, and Stockholm formally adopted one in 2007 after experimenting with a pilot in the prior year. In addition, some freeway corridors have congestion prices in the form of High Occupancy/Toll (HOT) lanes. The HOT lanes in San Diego County, for example, keep traffic moving with prices that change every six minutes.

Most recently, congestion pricing proposals have made headlines in New York City and Los Angeles. Elected officials and transportation authorities have seen little success in building transit or widening highways to fix congestion, and they are attracted to pricing proposals as new potential sources of revenue.

These programs take different forms, and often have slightly different goals. The HOT lanes, and the pricing system in Singapore, keep freeway traffic flowing freely. London and Stockholm have programs called “cordon charges” which levy fees for driving into busy downtown areas. The prices in cordon systems may change less frequently than the prices of freeway tolls, and more important a cordon toll often balances multiple objectives in a way that freeway tolls do not.

Freeways are designed exclusively for the rapid movement of vehicles. A freeway congestion-charging program is successful if it lets lots of vehicles move fairly quickly. Central Business Districts and other downtown areas, however, are different: people drive into them, but they also bicycle and walk, use transit, and sit outside restaurants eating. So while we don’t want automobile traffic crawling along in these areas, we also don’t want to convert them to speedways. Pricing programs in downtowns are often paired with other traffic control measures to strike a balance between motor vehicles and other users.

5) Is congesting pricing part of the “war on cars” I’ve been hearing about? Why are so many people opposed to driving?

If charging for the use of a resource constitutes a war on that resource, then Starbucks is waging a war on coffee, and municipal water companies are waging a war on water, and Exxon is waging a war on gas. Congestion pricing is not a war on cars. It is a policy that can make driving more reliable and convenient, and make our road system perform well. If Starbucks began giving its coffee away for free, pretty soon its stores would run out of coffee, especially at times when most people want it. When cities let drivers use their roads for free, they tend to run out of road, especially at times when the roads are most in demand. Pricing can end those recurrent shortages. Imagine how much better driving would be if roads were priced.

6) Why can’t we just widen the highways, or build more transit?

Because those methods don’t work. When cities widen roads to address congestion, the newly widened roads quickly become just as congested as they were previously thanks to a phenomenon called “triple convergence.” When a highway is widened, speeds initially increase. That faster travel attracts people who were previously avoiding that highway at that time because of the congestion. So a newly-faster road draws people who previously traveled via other routes, other times, or other modes — hence the term triple convergence. Ultimately, the widened highway becomes just as congested as it was before.

Triple convergence also affects new transit capacity. Suppose we build a rail line next to a busy freeway, and at rush hour a bunch of commuters switch from driving on the freeway to riding the train. What happens on the freeway? Suddenly there is some extra capacity, so congestion falls and speeds rise. That rising speed triggers triple convergence, just like a wider road would.

This doesn’t mean cities shouldn’t build transit. Public transit has many advantages — it’s an extremely efficient way to move lots of people, especially in dense areas. But public transit can’t reduce congestion, if by that we mean “make vehicles on a road move more quickly.”

Because congestion tolls are regressive, they have the potential to create equity problems. (We have much to say about this topic here.) But remember that virtually all of our transportation system is financed regressively: gas prices, gas taxes, automobiles, and transit fares are all charges levied with little consideration of consumer income. Many roads and transit systems, moreover, are financed by regressive sales taxes. For that matter, governments regularly levy regressive charges for other infrastructure: water meters, electric meters, and meters for heating fuel. Few people consider these charges profoundly unfair.

Most important, however, is that congestion pricing generates revenue, which governments can use to help people who might be unfairly burdened by priced roads. So equity problems are real and pricing should not be pursued without a plan to mitigate them, but they are not insurmountable. 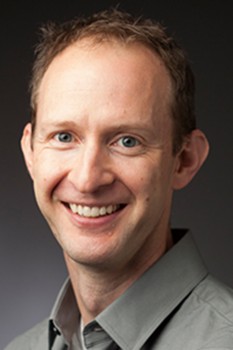 Michael ManvilleAssociate Professor of Urban Planning
Brian TaylorDirector of ITS