From Public Transit to Public Mobility: A UCLA Forum on Adapting to New Mobility Options

Across the country, public transit ridership has been declining.

But that isn’t the story in Seattle and Terry White, deputy general manager at King County Metro Transit, said that could be attributed to the agency’s community efforts.

Speaking at the UCLA Institute of Transportation Studies’ 12th annual Downtown Forum on Transportation, Land Use and the Environment, held on March 1, 2019, at the Japanese American National Museum, White said an organization that doesn’t reflect its community will lose trust.

“We’ve been making a concentrated effort that the folks that make up our outreach and leadership teams reflect the communities we go out and serve,” White said. “I don’t think it’s an accident that we have better relationships since 2014.”

The forum focused on successful public-private partnerships that could fill gaps in transportation services, effective uses of data to manage mobility, practical innovations that can yield great gains for transit ridership, and how new mobility, technology and service can enhance equity and quality of life.

Speaking specifically to how a big-city transportation department can put equity first was Ryan Russo, director of Oakland Department of Transportation, which was recently formed as a new model of urban mobility and centered around progressive policies that aim to recognize and address past injustices.

Russo said the Bay Area city’s legacy of redlining is still seen and felt throughout the area and so all of the departments projects are pushed through an equity lens. Dedicated monthly meetings are held to strategize ways of infusing equity into projects. For example, Paint the Town combined community art and traffic safety through street murals. For every project approved in low-disadvantaged communities, at least two were approved for low-income neighborhoods.

“Transportation and street management isn’t about getting people from A to B,” Russo said. “It’s the way we will serve our community.”

With more and more private mobility companies popping up, the forum discussed different ways the public sector could partner with them to meet transportation needs.

One such example came from HopSkipDrive, a ridehailing service for school-aged youth, which partnered with Los Angeles County to provide free rides to foster youth. Under Every Student Succeeds Act, foster youth were provided core protections for school stability, meaning districts needed to provide transportation to keep these students in their schools of origin. Many foster youth jump from school to school and graduate at far lower rates than their peers.

“We are not meant to replace school bus companies. We are designing our systems to ride alongside school buses and existing transportation systems. That way we can provide mobility opportunities and access for all kids,” said Qiana Patterson, senior director of public partnerships.

In fact, finding innovative ways to partner with the private sector to tackle the biggest transportation issues of the day is something that Metro has been doing through its Office of Extraordinary Innovation.

It’s unsolicited proposal process has yielded more than a dozen contract awards and proofs of concepts for key projects, including Sepulveda Transit Corridor, a gondola to Dodger Stadium, mobile tolling and bus electrification.

“The public sector is reluctant to admit they have a problem,” said Nolan Borgman, Metro senior transportation planner. “You need to admit that there is a problem, that you don’t know how to solve.”

In Santa Monica, the goal of reducing greenhouse gas emissions, along with the rise of electric scooters, drove city officials to pilot a program to offer more mobility choices and gain a better grasp on the use of shared public space.

In Everett, Massachusetts, the city piloted a pop-up bus lane as an effort to improve mobility and connections to major nearby destinations like Boston. Instead of conducting traditional outreach, city planner Jay Monty said the pilot was the outreach and were thus able to glean real-time public feedback.

The part-time bus-only lanes went from pilot to a statewide model and today, more than a dozen similar Tactical Transit Lane projects have sprung up across the country as a means of improving mobility.

Michael Manville, UCLA urban planning professor, said that neither new trains or lanes free up space on roads over time. Where it has been implemented, congestion pricing has worked.

Speaking to the fairness and equity concerns that come up when discussing congestion pricing, Manville said that not only was the entire transportation system financed regressively (e.g., gas taxes, sales taxes, registration fees), but pricing the roads could produce revenue to offset the costs to low-income individuals.

“Congestion harms people who live in low-income communities with disproportionate low vehicle ownership,” Manville said. “They have to bear the higher health and pollution burdens of driving, which leads to higher rates of pre-term births and other negative health outcomes — and thus inheriting poverty.”

Martin Wachs, emeritus professor of urban planning at UCLA Luskin, said that even though it may look it with all the new mobility options, we are not living through a particularly disruptive period of transportation. People have been using the same language to describe new mobility—from bicycles and jitneys in the 19th and 20th centuries to today’s ride-hailing companies, like Lyft and Uber, and electric scooters.

Instead of reacting to technology, Wachs said, agencies should create policy that builds upon the capacity of innovation. 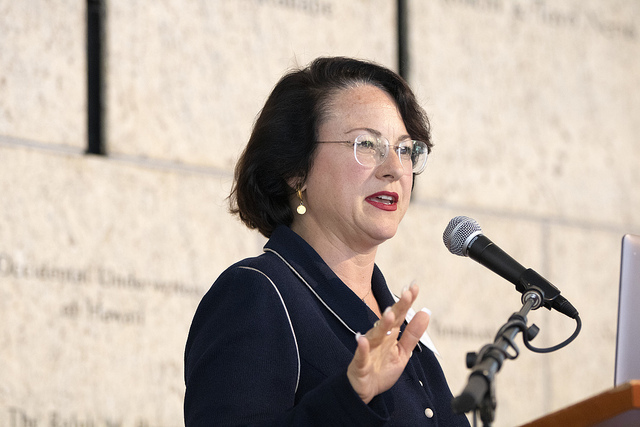 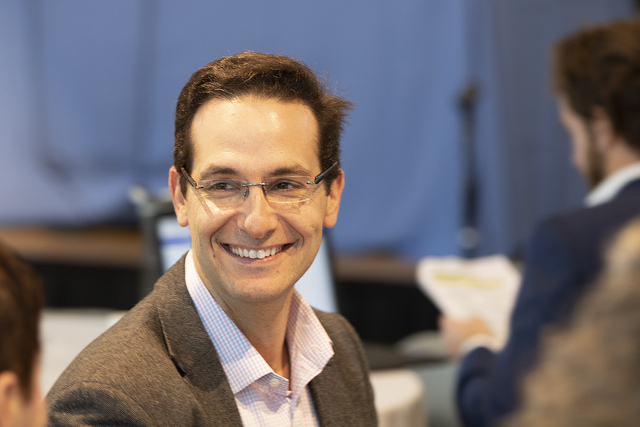 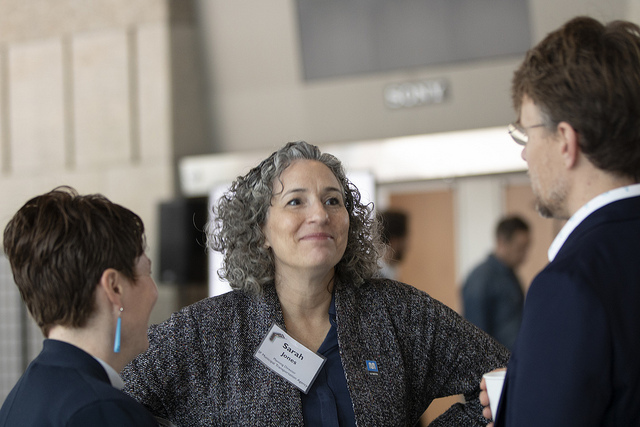 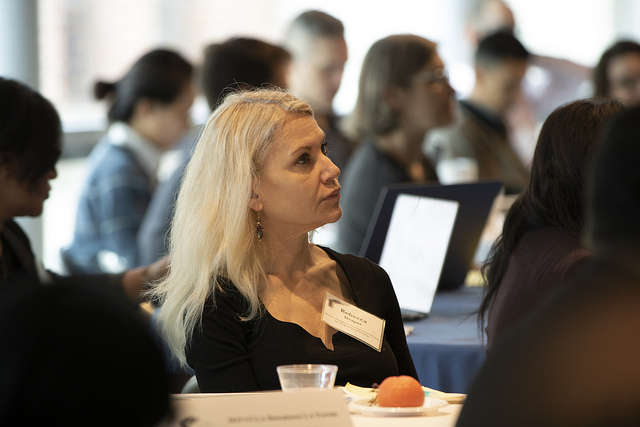 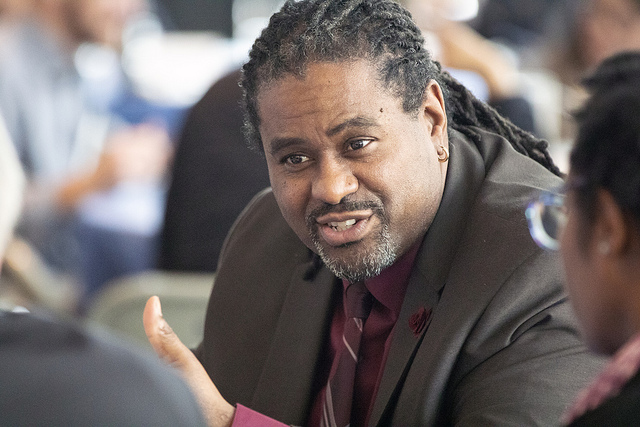 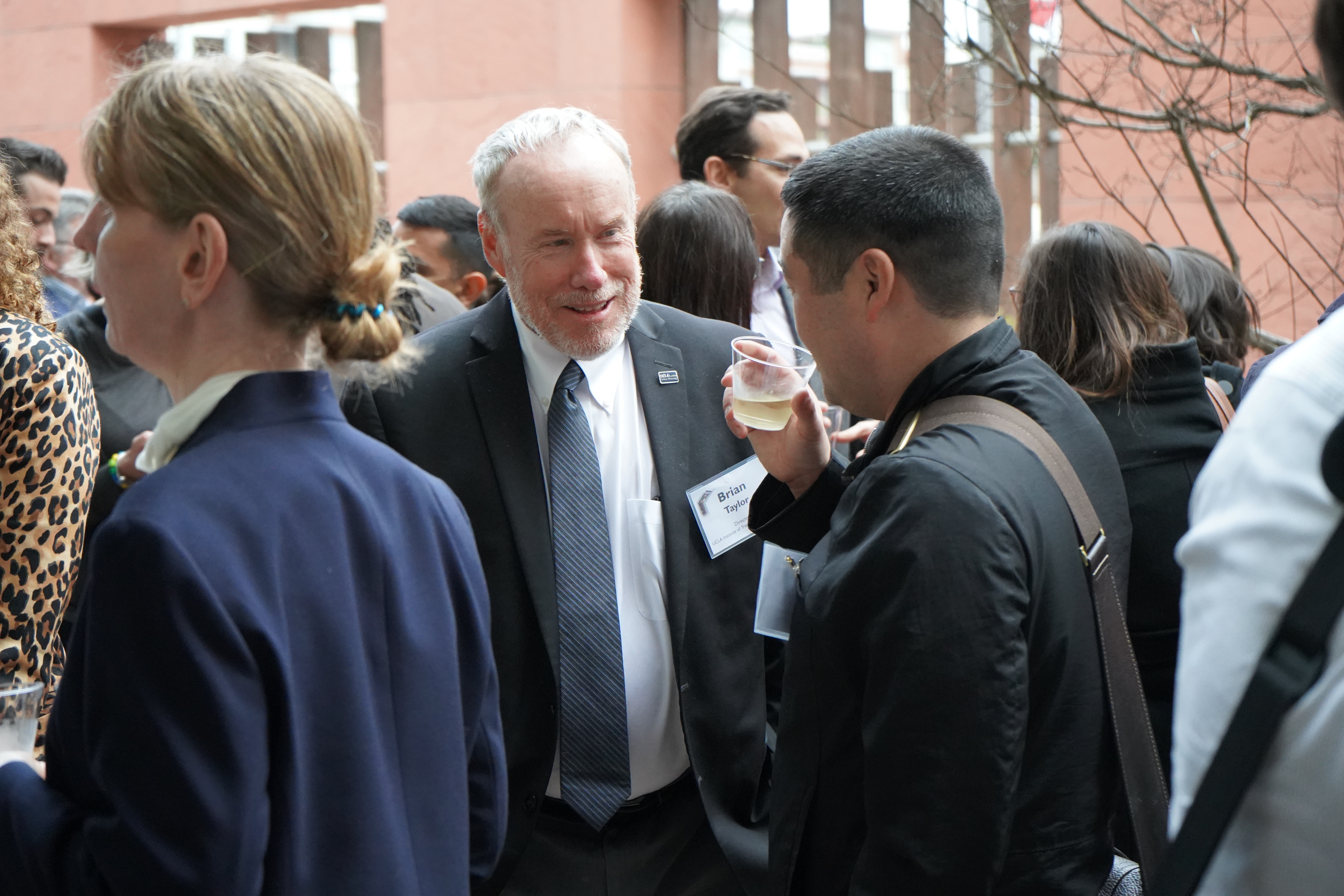 More images from the event available on Flickr and Google Photos.