The UCLA Institute of Transportation Studies holds a number of events throughout the year, including lecture series, annual forum and symposium. This section will also feature events from our partners, including the Pacific Southwest Region 9 University Transportation Center, the UCLA Lewis Center for Regional Policy Studies, the UCLA Luskin Center for Innovation and the UCLA Smart Grid Energy Research Center, among others.

Transit Past, Present and Future

Each year the annual Wachs Lecture draws innovative thinkers to the University of California to address today’s most pressing issues in transportation. Created by students to honor Professor Martin Wachs upon his retirement, the lecture rotates between UCLA and UC Berkeley, the campuses at which Marty taught. 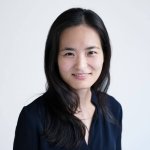 Columbia Law professor Sarah Seo‘s book “Policing the Open Road” is a thought-provoking look at how the automobile fundamentally changed the nature of police work, and thus the conception of freedom, in the United States. These themes are close to transportation studies, but too often ignored in transportation academia. These issues, moreover, will only become more salient as broader swaths of transportation academia seek to understand and study the role of race and ethnicity in freedom of mobility. Professor Seo will be joined by UCLA professor Genevieve Carpio, whose book, “Collisions at the Crossroads: How Place and Mobility Make Race,” documents the effects of police-imposed limits to mobility on Latinx populations in Southern California’s Inland Empire.

Integrating Transportation, Land Use, and Environmental Planning for Social Justice and Carbon Reduction: Finding a Way that Works 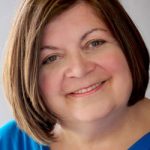 Deakin is professor emerita of city and regional planning at UC Berkeley, where she also is an affiliated faculty member of the Energy and Resources Group and the Master of Urban Design group. She formerly served as Director of the University of California Transportation Research Center (1998-2008) and co-director of the UC Berkeley Global Metropolitan Studies Initiative (2005-2008). 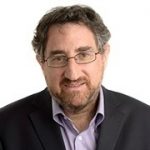 The 12th annual Martin Wachs Distinguished Lecture will be held May 16 at UCLA Luskin School of Pubic Affairs. David Levinson is professor in the School of Civil Engineering at the University of Sydney and adjunct faculty in the Department of Civil, Environmental, and Geo-Engineering at the University of Minnesota. The 30-minute isochrone has long defined people’s use of cities — from ancient times through the trams era to modern times. Networks and land use co-evolve with technology subject to the constraints of available time. There are opportunities (low-hanging fruit) to use design to reduce the costs of travel and thus increase access for relatively little monetary outlay. This talk discusses both the measurement of accessibility, why it matters, and how it might affect traveler behavior, institutional behavior, and public policy. Looking at data from rail and tram development in Sydney from the 1800s and Australia today, implications about the effects of accessibility are described.

Levinson received the 1995 Tiebout Prize in Regional Science for the paper “Location, Relocation, and the Journey to Work.” From 1989 to 1994, he worked as a transportation planner, developing integrated transportation and land-use models for Montgomery County, Maryland. He then applied those models for multimodal network planning and growth management. Levinson has authored or edited several books, including Spontaneous Access, The End of Traffic and the Future of Transport, The Transportation Experience, and Planning for Place and Plexus, as well as numerous peer reviewed articles. He is the editor of the Journal of Transport and Land Use. He has a PhD in transportation engineering from Berkeley and his dissertation “On Whom the Toll Falls,” argued that local decision-making about managing and financing roads will most likely lead to direct road pricing, which will allow the efficient allocation of scarce road resources (and thus reduce congestion). 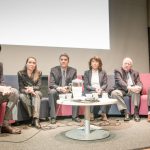 When Forecasting Fails: Making Infrastructure Decisions in an Uncertain World 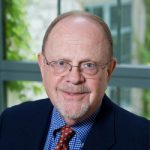 UCLA hosted the 10th annual ‘Martin Wachs Distingured Lecture”, where invitee lecturer, Joe Schofer, Faculty at Northwestern University, provided a wide-ranging view about forecasting – a prominent feature of transportation planning. He explained to the audience that learning to accept the inherent limitations of the forecasting process is a necessary first step in helping planners improve their predictions of cost, utilization, performance and impact. Schofer’s lecture focused less on the shortcomings of forecasting than on “improving decisions by systematic learning from experience”. He urged the crowd to not expect that the gap between predicted outcomes and reality is going to get really small. As he commented, “the world is changing at a faster and faster pace. And those big sources of uncertainty — sources of risk — often are outside the transportation system.”

A Transportation Agenda for the Global Era 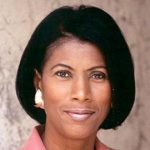 What Good is it? Reflections on the Utility of Travel in a Resource-Constrained Era 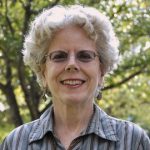 UCLA hosted the 8th annual Martin Wachs Distinguished Lecture where Patricia Mokhtarian, faculty at Georgia Tech, lamented that travel is now viewed primarily as a “derived demand” : travel occurs only so that people can enjoy the goods and experiences attained at their destination but not because the journey in and of itself brings enjoyment. Mokhtarian described how the view of travel among transportation officials in early 21st century has come to feel largely negative. And so, she made clear from the beginning that her aim was to restore balance to how we conceive of travel by placing travel into the category of behaviors that have a dual nature: those that have on the one hand a utilitarian (functional) aspect, yet also bring a hedonic (pleasing) dimension. As she explained to the audience, travel in this positive sense can be viewed as similar to the act of eating: just as eating food can bring with it a pleasure that has little to do with nutritional sustenance, travel can bring a positive feeling unrelated to one’s ultimate destination. 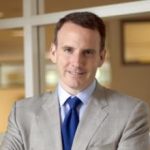 Edward Glaeser is currently the Fred and Eleanor Gimp Professor of Economics at Harvard Kennedy School., He also serves as the director of both the Taubman Center for State and Local Government and the Rappaport Institute for Greater Boston. He studies the economics of cities, and has written scores of urban issues, including the growth of cities, segregation, crime, and housing markets. He has been particularly interested in the role that geographic proximity can play in creating knowledge and innovation. Glaeser is also the author and co-author of over forty publications, including online and print material. At Harvard he teaches urban and social economics and microeconomic theory. His work focuses on the determinants of city growth and the role of cities as centers of idea transmission.

What About Time in Transportation and Health Research? 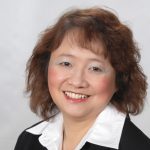 The 6th annual Martin Wachs Distinguished Lecture featured Mei-Po Kwan, now Professor of Geography amd Geographic Information Systems at the University of Illinois-Urbana Champaign. In her lecture, the audience learned how transportation researchers have long recognized the role of time in influencing activity-travel behavior. In previous studies, time has been treated largely as a linear reference system for registering when events happen, or as a dimension for assessing how phenomena change over time and space. This presentation examined a different notion of time and its implications for transportation and health research, revisiting some fundamental concepts like distance, accessibility, and geographic context, while exploring new conceptualizations that take time into account. It suggests that time is at least as important as space for understanding how individuals of different social groups experience access to facilities and exposure to contextual or environmental influences. The lecture offers that a temporally integrated perspective would help shed new light on many issues transportation and health researchers have been examining for decades. 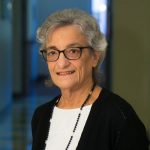 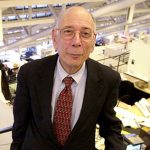 The 4th annual Martin Wachs Distinguished Lecture by Alan Altshuler, professor of urban policy and planning in the Kennedy School of Government and the Graduate School of Design at Harvard, examined the new debates about funding for surface transportation, and posed to the audience the question of how managing road congestion will occur in an era when major capacity expansion is rarely feasible. He described how these debates are also routinely framed around conceptions of equity and sought to explain the distinctive nature of equity debates in U.S surface transportation, with particular attention to congestion pricing and High Occupancy Toll Lanes. 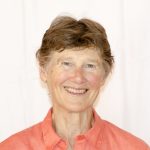 In the 3rd annual Martin Wachs Distinguished Lecture, Susan Hanson, professor emerita of geography at Clark Univeristy, tackled the complex issues surrounding gender and mobility. Lending her perspective to this conversation, Hanson emphasized how feminists have long known that gender and mobility are inseparable, influencing each other in profound and often subtle ways. In her talk, she discussed that tackling these complex societal problems will require improved understandings of the relationships between gender and mobility. Hanson illuminated the gaps in scholarship, as we saw how work on how mobility shapes gender has emphasized gender, to the neglect of mobility, whereas research on how gender shapes mobility has dealt with mobility in great detail and paid much less attention to gender.

Keeping the City: A 40-Year Quest for Sustainable Urban Transport 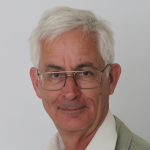 In November 2007, the 2nd annual Wachs Lecture, and the first held at UCLA, was delivered by Anthony May, professor at Leeds University. In his lecture, May explored the history and future of efforts to reduce the environmental footprint of transportation systems and increase their contributions to the sustainability and livability of cities, drawing on his decades of research in the United Kingdom. His lecture was followed by a commentary by Gail Goldberg, then planning director of the City of Los Angeles. 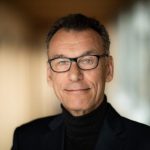 The inaugural Martin Wachs Distinguished Lecture was held on October 17, 2006 with Bent Flyvbjerg, professor of planning at Aalborg University, Denmark and a former Wachs doctoral student, told a packed auditorium of current and future transportation, urban and regional planners the bad news about megaprojects. The lecture discussed the tendency of these projects to go over budget, with nine out of 10 estimated to incur cost overruns. As the audience learned, demand for particular megaprojects are also significantly overestimated, while their budgets greatly exceed initial estimates, creating a costly, underutilized project. Flyvbjerg left the audience to consider how this overoptimism and overcomplexity should be addressed through policy.