From Classroom to Real World

This year’s UCLA ITS-supported projects ranged from proposing alternative solutions to policing on transit with ACT-LA; suggestions for Los Angeles Walks to help make LA streets more pedestrian-friendly; assessing the success of HopSkipDrive’s program to drive vulnerable student populations to school; and analyzing which corridors are best-suited for LA Metro’s next bus lanes, among others. Students worked with the clients throughout the school year and created final reports with data and policy analyses that the clients could share — both with their internal teams and external community partners and stakeholders — to improve their organizations.

Submit a project for your company 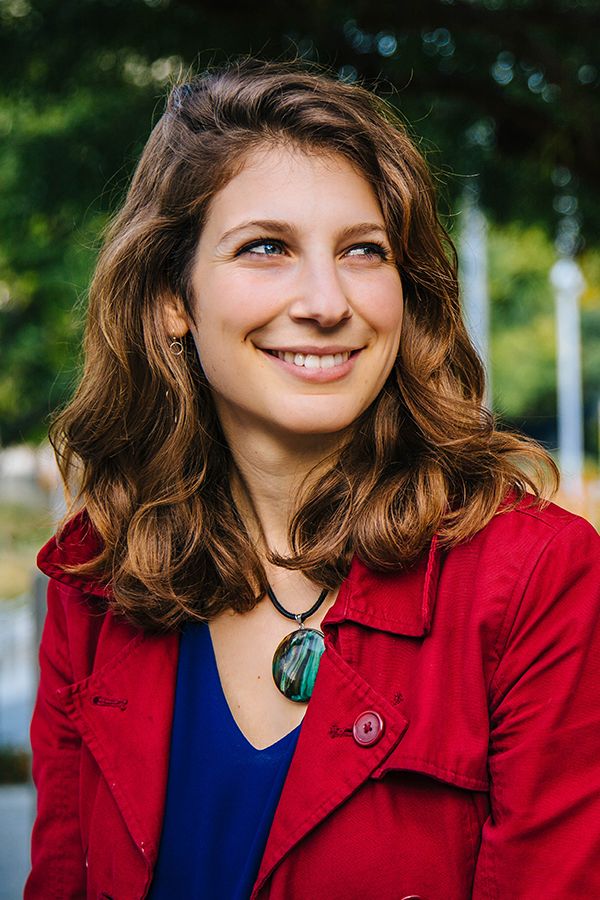 In light of the recent Black Lives Matter protests and as discussions of policing alternatives have gained more traction, many transit advocates and agencies are pushing for similar discussions on transit policing. Ma’ayan Dembo MURP ‘20 had already been considering the importance and urgency of this question when she picked her capstone subject almost a year ago.

“Black and Brown people feel differently than white people when they’re moving through space,” Dembo said. “I had seen accounts of law enforcement intimidating and harming Black and Brown folks on transit. In doing my capstone research, I wanted to demonstrate ways transit agencies could provide these communities with unobstructed mobility and the freedom to enjoy transportation.”

Through her research, Dembo noticed that many transit safety recommendations point to an increased law enforcement presence. Dembo set out to identify proven, yet underdiscussed safety alternatives.

Dembo worked with the Alliance for Community Transit-Los Angeles (ACT-LA), which investigates creating transit solutions for low-income communities and communities of color. With ACT-LA, she identified existing programs across North and South America that did not rely on law enforcement to provide safety. From there, Dembo set out to discover how effective they actually were.

In her findings, Dembo learned that alternative safety programs — which include social workers, transit ambassadors and elevator attendants — are more cost-effective at improving safety and perceptions of safety on transit. In addition, these types of programs are also more effective at directing communities to the resources they need: Transit social workers are 27 times more likely to direct people to housing resources than law enforcement officers.

Dembo’s research has augmented ACT-LA’s efforts by providing the organization with data analysis to drive their policy recommendations.

And it has gone beyond Los Angeles.

“When I first started this project, I didn’t expect that it would have an impact outside of LA,” Dembo said.

“However, right now, a lot of places are grappling with the question of how to keep their Black and Brown community members safe. I’m thrilled to see the response to the paper, and I hope it helps drive more advocacy-focused research in transportation at UCLA and beyond.”

Jorge Cáñez MURP ‘20 has always had a passion for improving pedestrian safety. Originally from Mexico City, Cáñez worked closely to coordinate the Vision Zero policy Mexico City started in 2017. After moving to Los Angeles to pursue a master’s degree, he wanted his research to continue the work he had already begun in Mexico.

Los Angeles began its commitment to Vision Zero in 2015, but even with this new policy, severe pedestrian injuries and fatalities have skyrocketed.

“In my research, I set out to discover why this rise in pedestrian deaths and severe injuries occurred in LA even with a citywide goal of lowering these rates,” Cáñez said.

For his research, he chose to work with Los Angeles Walks, a local nonprofit focused on pedestrian safety. He was especially drawn to the work the organization had done on many past campaigns to implement pedestrian-calming measures in corridors across the city.

Cáñez set out to investigate Vision Zero by highlighting a couple key issues: the demographics of victims of traffic violence and how nonprofits like Los Angeles Walks can overcome potential political obstacles to road safety procedures.

Among his results, Cáñez found that Black Angelenos are overrepresented in pedestrian fatalities, comprising 8% of the LA population but 20% of pedestrian fatalities (from 2008-2018). In addition, Cáñez found that many of the plans the Los Angeles Department of Transportation (LADOT) proposed to implement under Vision Zero failed because of political pressure from other car-oriented communities within LA.

“In LA, there is a minority of people who have the resources to speak up in meetings and convince politicians to oppose traffic-calming measures,” he said.

As one solution, Cáñez suggested LADOT reimplement DICE (Dignity Infused Community Engagement), a Vision Zero program that engaged with communities directly about how to implement safety on streets.

Moving forward, LA Walks can use Cáñez’s results to help them go further in their mission. Using his data, LA Walks can make infographics and use it for political and community outreach. The research will be helpful in garnering political support and motivating LADOT to keep investing in pedestrian safety on streets. The organization can also use his data to demonstrate to the community how serious pedestrian safety is in LA and, hopefully, build an even larger coalition of community members.

“With a larger group of advocates, the pedestrian safety movement will be able to more effectively get past the opposition. I hope that with my data and research, LA Walks will be able to continue its path and grow even stronger in its mission to save the lives of LA pedestrians, ” Cáñez said.

Before coming to UCLA Luskin, Sam Speroni MURP ‘20, worked as a teacher.

“As an educator, I’ve always been invested in the educational outcomes of students left behind by the country’s current systems,” he said.

Using his background in education with the skills learned in his urban planning master’s program, Speroni worked with HopSkipDrive — a mobility company that specializes in transporting children, including for trips to and from school — to analyze the company’s trips for vulnerable students, specifically foster youth, students experiencing homelessness, and students with disabilities.

In the United States, these students have legal protections that require them to receive transportation to school. Foster youth also have the right to remain at their original schools regardless of changes to their home address. Fulfilling these mandates is challenging for many school districts that do not offer school bus services. Across California, only 8% of students take the school bus — the second-lowest rate in the nation.

HopSkipDrive offers a new solution for these students. In addition to its traditional consumer-based business model, HopSkipDrive also partners with school districts and counties to provide youth transportation. Speroni spent the past year mapping and analyzing trip data for HopSkipDrive’s program for underprivileged youth in Los Angeles.

On average, it takes about 19 minutes for students in Los Angeles County to get to school. Speroni’s analysis found that it took an average 26 minutes for HopSkipDrive contracted trips to school. Had these students been issued transit passes instead, it would take closer to 56 minutes.

“I was able to prove that using HopSkipDrive allowed foster children and many other vulnerable student populations to experience commutes more similar in convenience to their more affluent peers.”

Thanks to Speroni’s capstone project and analysis, HopSkipDrive doesn’t need to assume it’s successfully serving underprivileged children. It has the data to back up the claim — and to strategize future growth to help even more children. 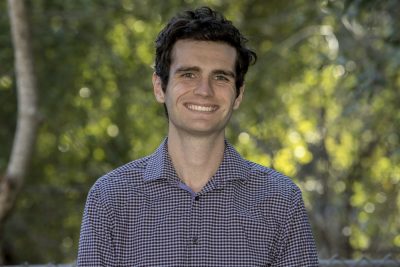 While sitting in traffic is a familiar experience for most Angelenos, for buses, congestion means delaying the thousands of riders who take LA transit every day. As a solution, LA Metro has begun to roll out bus lanes throughout the city to speed up the flow of buses especially during peak hours.

Mark Hansen MURP ‘20 wanted to help improve the transit experience for the everyday rider and was particularly interested in bus lanes. He chose to work with LA Metro for his capstone to identify ideal parking lanes that could be converted into future peak-hour bus lanes for the city.

“I was already interested in bus lanes for their ability to provide a critical time-savings resource for those without an alternative mode of transportation,” Hansen said. “When I saw LA Metro’s project proposal, I immediately jumped on the opportunity to help.”

As part of his research, Hansen conducted a quantitative analysis of bus speed and performance within the allocated lanes in Los Angeles. His results provided LA Metro with recommendations for which corridors would be best for the city’s next bus lanes, including Vermont Ave and Santa Monica Blvd. Hansen found that bus lanes improve travel time for passengers, but bus lines that operate frequently would benefit the most from bus lanes. If the city implemented these bus lanes, riders would save time and buses would carry more passengers along these corridors.

Hansen’s research stands out from past investigations LA Metro has conducted about bus lanes because he relied on publicly accessible data. As a result, his work served as an independent, academic verification of LA Metro’s own investigation into bus lanes. Because Hansen’s research used a public set of data, LA Metro can cite his results in stakeholder meetings as an outside piece of research that proves Metro’s priorities for bus lane implementation.

In addition, Hansen has also highlighted the importance of bus lanes during the current pandemic.

“In the COVID-19 pandemic, those who are on the bus are making essential trips and need the best service possible,” he said. “If bus lanes are the way to do this, transit agencies should absolutely pursue it as an option. We owe it to the riders who depend on transit to give them the best experience we can.”